Return to the Health and Care Leadership Conference web page 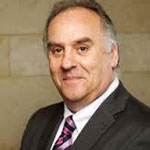 Bob is currently Director of the NHS Wales Health Collaborative, a national programme management and service planning team supporting joint work between the ten NHS bodies in Wales and with Welsh Government. His current work programme includes the future of major trauma, surgical services, diagnostic services, stroke care and the development of clinical networks in Wales

Bob has a career spanning nearly 35 years in the Welsh NHS and the Senior Civil Service within Welsh Government. Bob has extensive experience across operational and strategic management in public health, primary, community, acute and mental health services.

Bob has held four CEO posts within the Welsh NHS: as CEO of Gwent Community Health NHS Trust, Gwent Health Authority, Public Health Wales and Powys Teaching Local Health Board. He worked in Government as the NHS Regional Director for southeast Wales and as Director of Strategy for the Welsh Government Health Department. Bob has also managed a range of national strategic programmes, including the 2009 NHS Organisational Reform Programme.

Bobs interests are in service and system redesign, and management and organisational development. In addition to his formal role Bob is also Chair of the Academi Wales Advisory Board and a board member of the United Kingdom Public Health Register. He is a Companion of the Institute of Healthcare Management.

Bob is married with 3 adult children and lives in Newport in South Wales. 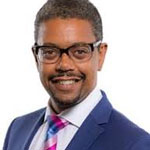 Vaughan Gething was born in Zambia and brought up in Dorset. He was educated at Aberystwyth and Cardiff universities, and is married to Michelle. Vaughan is a largely retired cricketer and a fan of both rugby and football.

Vaughan was a solicitor and former partner at Thompsons. He is a member of the GMB, UNISON and Unite unions, and was the youngest ever President of the TUC in Wales. He has previously served as a county councillor and school governor. He has also been a community service volunteer – supporting and caring for a student with cerebral palsy, and is former president of NUS Wales.

Between 1999 and 2001, Vaughan worked as a researcher to former AMs Val Feld and Lorraine Barrett. Between 2001 and 2003, Vaughan was the chair of Right to Vote – a cross-party project to encourage greater participation from black minority ethnic communities in Welsh public life.

Vaughan is a member of the Co-operative Party. 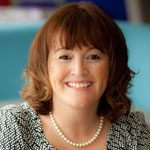 Jo has over 15 years experience in Leadership and Organisation Development across both the public and private sectors, and is currently Director of Academi Wales, and a Deputy Director within Welsh Government. As part of her all-Wales role, Jo leads a team of internal and external leadership practitioners and consultants, focusing on and supporting Chief Executives, Boards, Executive Teams, Senior Professionals and public appointed officials.

Jo’s responsibilities include developing new and innovative programmes and opportunities that build leadership and organisational development capacity and capability across Welsh public services.

Jo is an experienced trainer and facilitator, holding a range of postgraduate qualifications and professional memberships in development and learning. Having trained at Harvard on the areas of leadership and management, Jo is an accredited 360º, mental toughness and emotional intelligence feedback coach.

Jo has represented her country at the Young Leaders Forum in Sydney, Australia and at the G20Y Summit in Montreux, Switzerland. 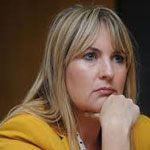 Prior to this she was the first Deputy Police and Crime Commissioner for South Wales, where she led programmes to tackle violent crime and violence against women and girls, focusing on early intervention and partnership working. Sophie reformed programmes on substance misuse and offender management and negotiated the first shared work programme between Public Health Wales and South Wales Police.

Sophie was the youngest Councillor in Wales, elected at the age of 21, and serving as a member of the Children and Young People Scrutiny and Planning Committees.

She lives in South Wales with her husband and five children. 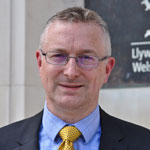 Dr Andrew Goodall was appointed to the role of Director General of Health and Social Services / Chief Executive NHS Wales in June 2014. His role includes both supporting Ministerial priorities for health and social care within the Civil Service structures, and the leadership and oversight of NHS Wales.

Including this current role, Andrew has been an NHS Chief Executive in Wales for 12 years, the most recent post being that of Chief Executive of Aneurin Bevan University Health Board, a position held since the Health Board’s inception in October 2009 until 2014.

During his 25 year NHS career, Andrew has held planning and operational positions across a number of NHS organisations across South Wales as well as national roles. He has particular areas of interest in improving patient safety, quality and patient experience; partnership working across Public Services; and delivering frontline services through service improvement and modernisation.

Dr Goodall has a law degree from Essex University and a PhD in Health Service Management from Cardiff Business School. 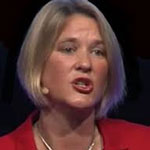 Mandy’s route to the top was tumultuous in every sense – awarded a RAF flying scholarship at 17, long before she even passed her driving test, she went on to win aerobatic competitions whilst still a student.

However, despite her prowess in the skies, she failed the computer-based tests, taken by all potential RAF pilots. Undeterred, her self-belief and dogged determination persuaded the RAF to take her on as a test case, thereby overcoming seemingly insurmountable hurdles.

Mandy relates her experiences of working within an elite team of fast jet operators with great clarity, outlining how the same values apply within any environment. She demonstrates only too well the importance of remaining calm under pressure and leading, quite literally, from the front, in order to get the best from herself and her team.

Since leaving the RAF Mandy has served as a school governor, on the board of trustees at the Victory Services Club, London and is an ambassador for sport for Hampshire County Council.

CEO, Coaching for Leaders, and Global Faculty, Time to Think 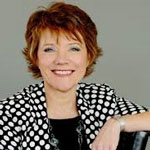 Imagine if your intentions are the spark of life connecting every emotion, thought and action. How aware are you - on a day to day basis - of what ignites your spirit or what exhausts it? As leaders, everything we feel, say and do is dependent on the quality of our thinking, and when we are genuinely inspired we inspire considered intentions and quality thinking in others. In this interactive keynote, Linda will invite and share ideas for the conscious creation of a “thinking environment” where people and results can thrive, side by side.

Linda has over 25 years' experience as an organisation development specialist, coach, counsellor and trainer, across the private, public and third sectors. She works with leaders and teams in creating relationships, cultures, and organisations to be proud of. She specialises helping organisations to become a Thinking Environment® , where people and results thrive together, as well as teaching, accrediting and supervising others to do this valuable work.

Linda has several executive coaching, supervision, HR, and therapeutic qualifications, and is a Fellow of both the Chartered Management Institute and of the British Association of Counselling and Psychotherapy. She was a governor of BACP for 9 years and founding chair of it Coaching Division.

She is now chair of the Coaching Panel at the New Entrepreneurs Foundation (a charity that develops the entrepreneurial leaders of the future) and a trustee of Read Easy UK (a literacy charity that brings together volunteer coaches and adults who struggle with reading).

Linda spent the first 12 years of her career in nursing (former SRN & RSCN) and life sciences before moving into professional people and organisation development.

Return to the Health and Care Leadership Conference web page