Who we work with

We offer our range of products and services to leaders and managers working across the public service in Wales.

The Advisory Board's key objectives are to promote the work of Academi Wales, provide information on current and emerging development needs, highlight sector challenges and priorities, including the use of audits and evaluations as evidence to inform discussions when planning Academi Wales’ future work programme, as well as other duties aligned to their specific area of expertise. 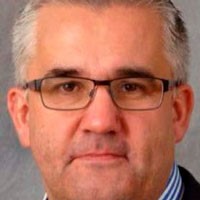 Ian took up his post as Chief Executive of Wrexham Council in August 2018 and for the previous fourteen years worked at a senior leadership level within large public service organisations in Greater Manchester, Merseyside and North East Wales. Most recently, since 2014, this has been at Flintshire County Council as a Chief Officer leading successfully the development and implementation of a number of major strategic programmes.

Ian is committed to public service delivery and aims to work with partners, local communities and residents to build and deliver a clear vision that achieves outstanding results. Ian has lived in Wrexham for the last 18 years and is passionate about the current positive opportunities Wrexham and Wales provides and the potential for the future. 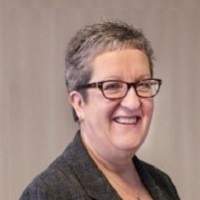 Sue is the Accountable Officer and Chief Executive of the recently established Social Care Wales, with responsibilities for workforce development and service improvement, which are informed by our work with the sector and Welsh Government Ministers and officials. As a recent addition to the Academi Wales Advisory Board, Sue is very interested in becoming a member of the new Board where she is able to represent the social care sector and have a wide range of connections from UK and Welsh policy, through to senior managers and operational practitioners working within the public, independent and third sector.

Sue has a strong interest in personal and professional development, evidenced by the achievements of those who have worked with her throughout her career in the voluntary sector, health, housing and social care. Sue endorses the approach to develop One Public Service for Wales and believes future leadership roles need to demonstrate multi-professional and inter-organisational understanding and commitment to deliver an efficient and effective response to citizens.

Sue is familiar with many of the theories and tools of leadership and management, learning through a combination of reading, discussion with others, formal learning and active utilisation of new practices in the workplace. She has found Action Learning Sets to be particularly helpful throughout her career, where confidential and mutual peer support has been invaluable. Sue has recently joined a new group, established from her participation in the Academi Wales Winter School in 2017. 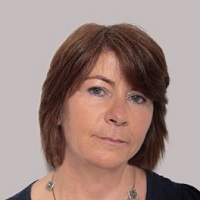 Catherine is an experienced academic who is actively involved in teaching and research within the public management and leadership fields. She delivers both University accredited modules and also short courses. Catherine is currently leading Cardiff University’s MSc Public Leadership award.

Catherine is interested in leadership, public boards and their governance. Her current research is focused on governance in services including education and fire and rescue. She has published widely on leadership and governance in a range of public services and also the careers of a range of different professional groups.

Catherine chairs the Academi Wales Advisory board and she also chaired the Welsh Government’s Task and Finish Expert School Governance group which reviewed models of governance in education. 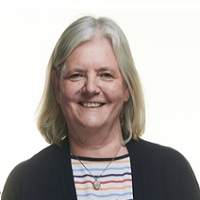 Prior to her retirement from full time employment in the NHS in 2015, Judith worked as an Executive Director on a variety of Boards for 20 years. This was primarily as a Director of Human Resources/ Workforce and OD and briefly as an Assistant CEO (OD). In these roles Judith took part in the development of strategy for a variety of organisations and dealt with a great deal of data which she was able to analyse to ensure full grasp of key facts.

Judith links with a number of third sectors groups in her role at Hywel Dda. As Vice Chair, she has particular links with third sector organisations and carers in Mental Health. Judith has built up good links with primary care in the Hywel Dda area, particularly working with GP Clusters. Judith has recently taken on the role as Carers Champion and believes there are many opportunities to improve the support for and involvement of carers in all aspects of services. Judith is now also the Chair of the West Wales Regional Partnership Board.

There are many pressures on those working in public services day to day and it is vital to ensure they are involved in the future changes which are required to make services sustainable. Judith believes Academi Wales is ideally placed to continue to support and develop these staff. 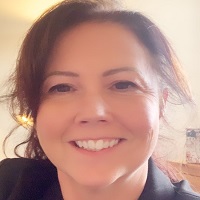 Deb began her career in local government in 2000 after working in training consultancy with large private sector organisations.  A qualified secondary teacher, she has a passion for learning and development and providing opportunities for individuals to reach their full potential.

A fellow of the CIPD and holding a Masters in Organisational Development, Deb has built a diverse team delivering award winning programmes including the Councils Graduate and Apprenticeship Schemes and specialist employment programmes.

Deb is passionate about staff engagement and wellbeing with her team, providing an array of learning and development programmes, occupational health and wellbeing services, staff benefits and staff consultation.

Deb would like her legacy to be that the Council has high quality programmes in place to ensuring that individuals, particularly those that are from disadvantaged and complex backgrounds, have an opportunity to flourish within the Council and beyond. 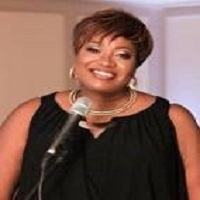 Originally from Nigeria, Uzo holds a law degree from the University of Nigeria and she qualified as a solicitor and a barrister and was called to the Nigerian Bar.

After qualifying as a barrister in Nigeria, Uzo moved to Wales where she now serves as the chief executive officer of Race Council Cymru and sits on the board of several voluntary organisations. This includes serving as the chairperson of the African Community Centre in Wales, which she founded in 2004.

Uzo has served with the Police National Diversity team, based at the Home Office, where she was involved in developing national policies on race relations and diversity.

In 2004, she joined South Wales Police and in the same year, she founded the very first African Community Centre (ACC) in Wales and served as Chairperson for ACC for 15yrs.

Uzo served with the Commission for Racial Equality (CRE) UK as a Commissioner until it merged with the Equality and Human Rights Commission (EHRC) in October 2007. In 2008 she was awarded an OBE in recognition of her services to community relations and South Wales communities.

In 2022, Uzo was awarded a CBE by the Queen in the Jubilee Birthday Honours.

Professor Iwobi received the CBE for services to racial equality and to championing diversity and inclusion.

Uzo was the first Black woman to be appointed as a Specialist Adviser on Equalities to Welsh Government. 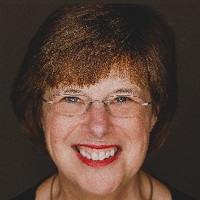 Ruth is Chief Executive of Wales Council for Voluntary Action (WCVA), the national membership body for voluntary organisations in Wales.

An experienced charity sector activist and leader, she has led RNIB Cymru and Chwarae Teg and an independent review into health regulation in Wales.

Ruth was the first Older People's Commissioner in the world establishing the independent office and used her statutory powers to review health care for older people; producing the report “Dignified Care”.

Her post graduate qualifications are in human resource management and collaborative leadership.

Ruth regularly contributes to inquiries and advisory boards on issues including diversity, volunteering, the charity sector and civil society.

Ruth is currently a trustee of ACEVO and Cynnal Cymru, an advisory board member of Academi Wales, an advisory panel member for the Future Generations Commissioner, a director of the International Federation on Ageing and a Senior Independent Panel Member for public appointments in Wales. 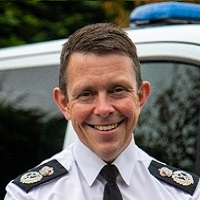 Jeremy began his policing career in 1996 with North Wales Police. He served the communities of North Wales across a number of roles for twenty years, working up to the rank of Chief Superintendent, where he took responsibility for Local Policing Services.

In 2016 Jeremy transferred to South Wales Police as Assistant Chief Constable with responsibility for Specialist Operations, including Professional Standards, Criminal Justice, Operational Planning and the Public Service Centre. In December 2017 he took responsibility for the Territorial Policing portfolio including leading on Neighbourhood and Response Policing. He remained as Head of this portfolio until he was promoted to Deputy Chief Constable in 2019.

In addition to his Force responsibilities, Jeremy is the UK Police lead for Facial Matching (Identification), supporting the national development and use of facial recognition technology by the police forces of England and Wales.

Jeremy is the Welsh lead for gender equality and was recognised for his work in this area by the International Association of Women in Policing in 2019 with the HeForShe award. He has a strong track record in leading on Equalities and in 2019 was recognised with a Leading Wales Award – Leadership in Diversity and Inclusion.

A fluent Welsh speaker, Jeremy was appointed to the Gorsedd Cymru in 2019 for services to the Welsh language which reflects his work within South Wales Police in promoting the use of Welsh and improving the service the force provides to individuals within Welsh speaking communities. 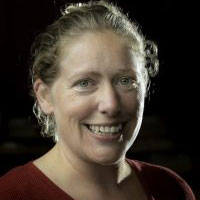 In her role as Chief Executive at the WCIA, Susie is responsible for making sure the charity achieves its strategic objectives, making sure global issues remain firmly on the agenda in Wales, and supporting a fantastic and dedicated team to deliver their programmes and projects. She takes full responsibility as a leader which includes constantly ensuring WCIA are making the best possible use of public funds (as a charity), and making difficult decisions about programmes and staffing as required by this commitment. A key part of the role is making sure the team have everything they need to deliver as effectively as possible, from flexible working opportunities to professional development to the right kind of management style.

As a leader in a third sector organisation, Susie is very aware of the drivers impacting on the organisation, team members, partners and stakeholders, as well as those in her wider networks. She is involved in UK and European projects and networks which give opportunities to identify shared drivers and challenges as well as possible solutions/ways forward. This is particularly relevant in light of COVID, the climate and nature emergencies and the polarisation of public debate. In this context, developing adaptive, innovative, cooperative and learning behaviours is increasingly important.

Susie’s first experience of Academi Wales was the inspirational Summer School 2017; Academi Wales is a fantastic organisation delivering an excellent service across Wales and Susie would like to contribute her insights from working in the third sector, particularly the challenges facing smaller organisations, together with her varied leadership experience.